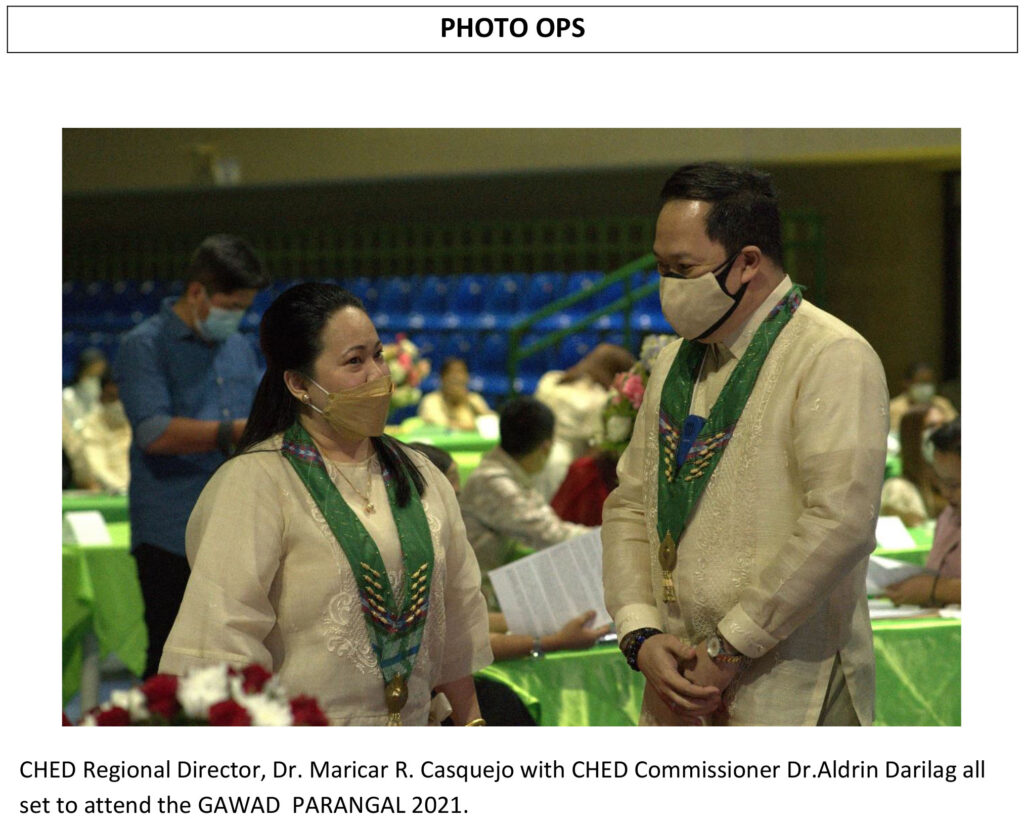 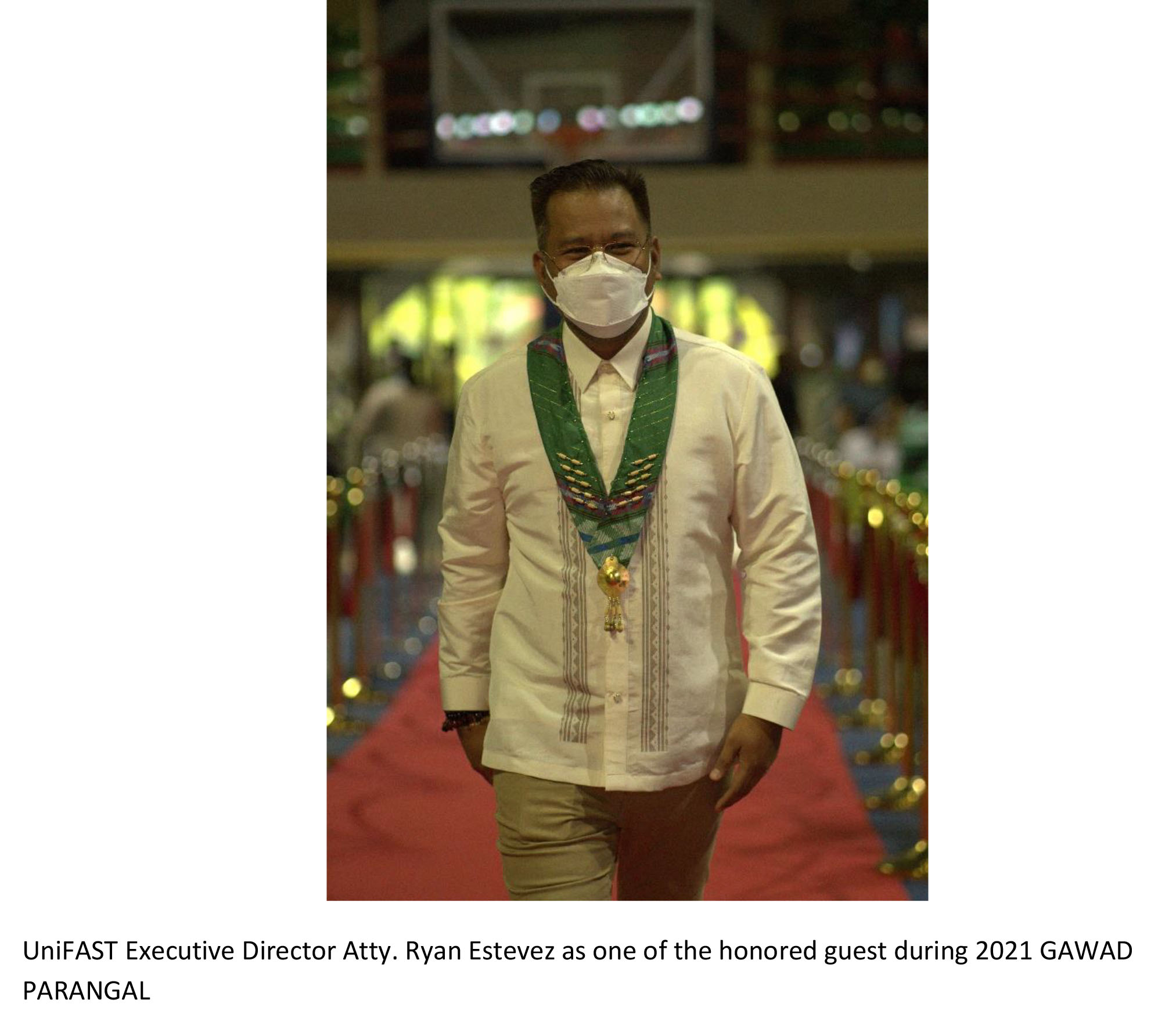 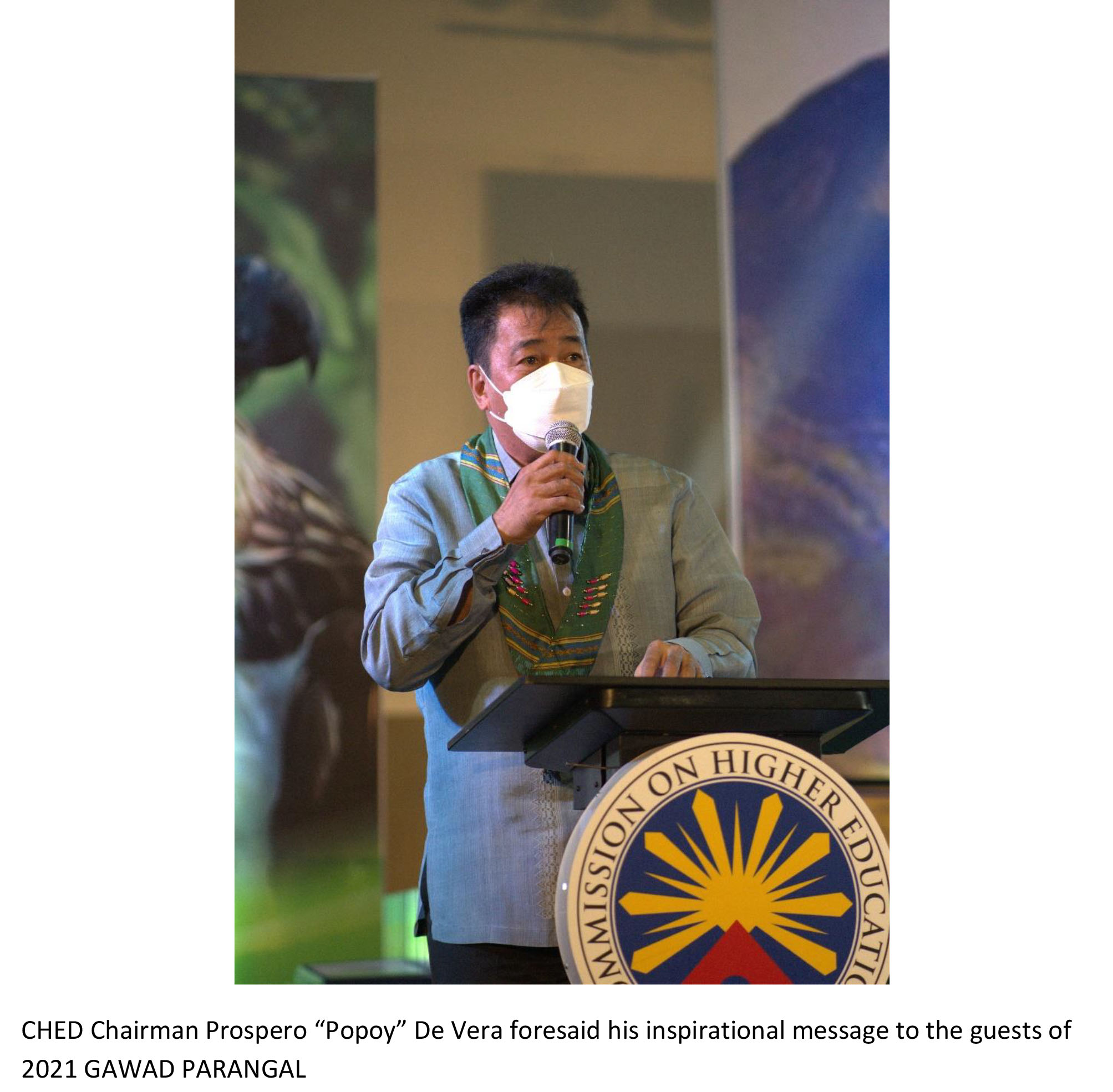 CHED Chairperson J. Prospero “Popoy” E. De Vera III, Commissioner Aldrin A. Darilag, Atty. Ryan Estevez, Regional Director Maricar R. Casquejo, and other CHED officials were present to hand the awards. Recognitions were given to Institutions that successfully produced Top 1 in Licensure Examination in the past five years like:

Awards were also given to HEIs, which championed CHED’s Internationalization efforts and attained international accreditation. This includes the ASEAN University Network Quality Assurance (AUN-QA) Program Recognition given to the University of Immaculate Conception and the Quacquarelli Symonds (QS) World University Rankings for Asia 2020 awarded to Ateneo de Davao University. San Pedro College and Ateneo de Davao University were also acclaimed for being awardees during the 1st Philippine Higher Education Internationalization Award by the Commission on Higher Education.

For HEIs commitment to Quality and Excellence, CHED Centers of Excellence in several programs were also recognized like:

(1) University of Mindanao for the Business Administration, Criminology and Teacher Education programs,

(3) University of Southeastern Philippines-Tagum Campus for the Agriculture program.

(5) University of Southeastern Philippines-Tagum Campus for the Forestry program,

(7) University of the Immaculate Conception for the Business Administration, Information Technology and Teacher Education programs; and the

(8) University of the Philippines- Mindanao for the Biology program.

The Region also proudly presented the Institutions with Autonomous Status like:

Institutions with Deregulated Status also received awards such as:

The University of Mindanao was awarded for its accreditation to the Philippine Computer Society Information and Accreditation Board, Philippine Technological Council and Philippine Quality Award (PQA).

Cor Jesu College also had a special commendation for its resilience in recovering from the 2019 earthquake. The event’s highlight was the awarding of Certificates of Eligibility issued to Local Colleges in the Region to avail the benefits of RA 10931, otherwise known as the “Universal Access to Quality Tertiary Education Act.” The said award is given to local universities and colleges (LUCs), which successfully secure the Institutional Recognition and Certificate of Programs Compliance for all program offerings. This includes:

CHED Chairman Prospero “Popoy” De Vera III stated in his inspirational message that the Gawad ng Parangal is also to honor those Local Governments in the Region who persevered to build Local Colleges and be recognized as part of the Free Higher Education. Furthermore, this is also a celebration of the first batch of graduates from the beneficiaries of RA 10931 that includes Free Higher Education (FHE) and Tertiary Education Subsidy (TES) and Tulong Dunong Program (TDP).

“That’s why this event is called GAWAD PARANGAL, to recognize our local government who have persevered to build a Local College kasi hindi po madali yan.” De Vera stated. LGU leaders and some government officials also delivered their gratitude message, and responses from Private HEIs, LUCs and State Universities and Colleges were also presented at the event.